I started this morning with some walking around the area close to the hotel we were staying in. Already the temperature was very nice this early morning. The nature was still in summer mode so there were many flowers and butterflies to see. After some time I went back to the hotel. After a big breakfast the organisation dropt us off at the festival at Nakijin Castle. Showtime would be around 13:00. 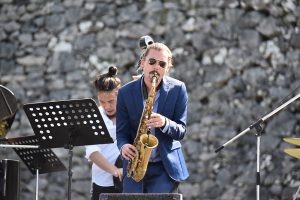 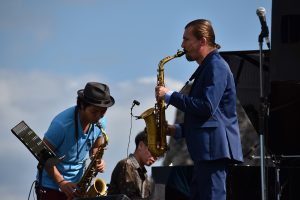 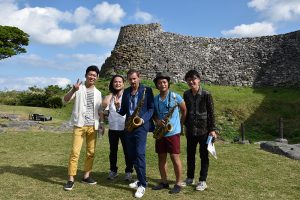 We did 1 set off 1 hour, man it was hot! People really seemed to like it and we had a great time. The band was playing stronger than ever and the music was growing, getting more clear and focused.

After our set I decided to walk to the sea, I could see it from the festival terrain. Walking down the hills I was amazed by the nature, it was really like walking in a rain forest. 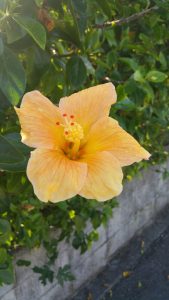 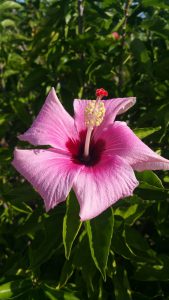 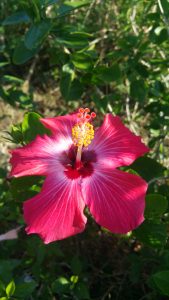 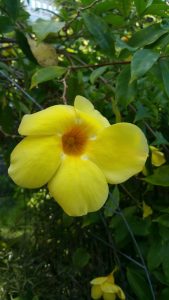 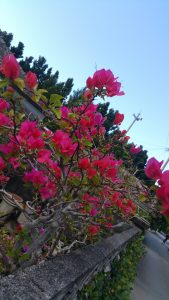 Many butterfly’s surrounded me and sounds from the cicadas. Halfway down the hill I stumbled upon another musician that also was playing one the festival, Mr Yunichiro Ohkuchi, he is a famous piano player from Japan. We started to talk and found out we both share the same intressed, perfectly balanced nature and her creatures. Mr Yunichiro checked on his mobile phone for me the distance to the beach. I decided to go for it and I started to walk more downhill.

After some time I found the beach and just relaxed for a bit. On the beach there was a lot of coral and I could not resist to put some nice pieces in my pocket. I was not the only one on the beach, there was a man close to the surf and I walked over to him to check what he was doing. He was cleaning a big shellfish and we started to talk. He told me he was from California and he spent his time 6 months in Okinawa and 6 in California. His house was right at the beach and he invited me for a beer at his place. After this short visit is started my journey back to the festival, this time up the mountain so it took me some more time.

We got dropped off at the hotel and everybody went to bed. The next morning we had to take an early flight back to Narita where we would stay to play a show later that day at a club called cloud 9[/gdlr_column]
[/gdlr_row] 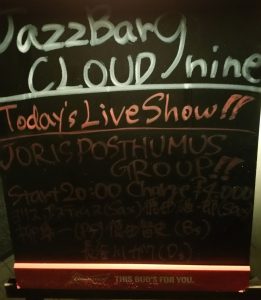 [/gdlr_column]
[gdlr_column size=”2/3″]Around 9 in the morning we left the hotel and went back to get the flight back to Narita Airport. We had a show in Narita city that evening in club cloud 9. I know this club, it would be my third time to play there.

After dropping off our stuff at the club and a fast sound check, me, Gaku, Yuichiro and Shunichi were invited by a friend of Yuichiro to eat at his restaurant that opened specially for us that night. It was a special kind of soba, really nice and fresh. After this dinner we went back to cloud 9 to start the show. It was very busy and hot! I like these kind off clubs, close to the people you give even more energy and you also receive more. After the show Satoshi and I were going to drive to Kashiwa where we would stay for the last four days. It was about an hour drive from Narita and after checking in the hotel we decided it was time for a late night dinner. The next day we would play a show at studio Woo in Kashiwa City.[/gdlr_column]
[/gdlr_row] 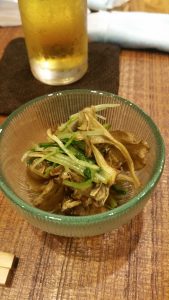 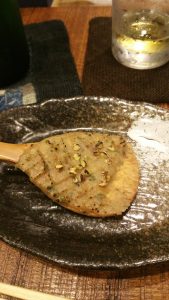 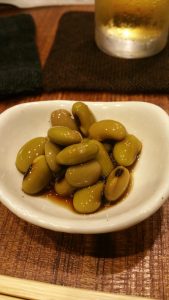 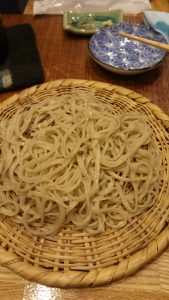