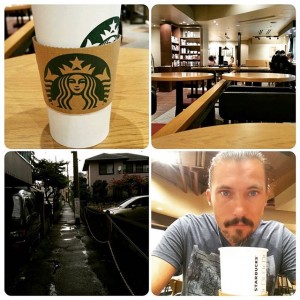 I went out early this morning to get a good cup of coffee. My hotel was very close to a train station and so there I found a Starbucks coffee place. To be in Starbucks is not that special, at least in Holland. As usual I was asked if I wanted to drink my coffee at a table or if I wanted to take out. This is still very normal, but the place was very crowded so the girl that helped me looked around and found a table for me. She took a metal board saying reserved and placed it on this table. So, I had a seat, relaxed sitting and drinking my coffee was a great start of this third day.

After coffee I went out to see some more of the city Kashiwa, just walking around and feeling the city, the people and the sun, it was hot!

Because the club we were going to play was at walking distance Satoshi and I decided to stay in our rooms for a bit and get ready for the gig. Around 17:00 we had to be there to do a sound check, show time would be at 19:30, a normal time in Japan to start.

Studio Woo is a great jazz hall, it has a wonderful piano, great acoustic and a very friendly owner and staff.  As we arrived I met the owner and handed him my cart and a record I brought for him, my first album,The Abyss. After the rehearsal we went upstairs to the dressing room and made the first set. I am always struggling to make good sets, but my drummer, Gaku is good at these kind of things. As the club was getting busier with people coming in we went downstairs again and waited for a que from the owner. It was full! 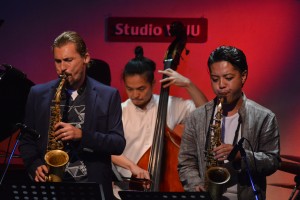 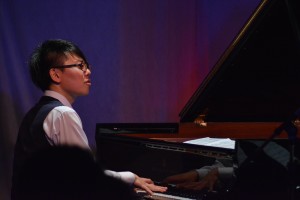 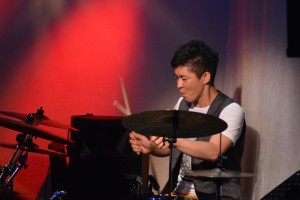 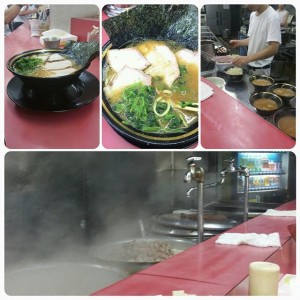 After the show I talked with many people there, they had a great time. After packing up I went back with Satoshi to our hotel, off course we went to a ramen shop also, for a late night snack.

Because it was late and we had to drive for a bit to get to the club we were going to play the next day we walked back to the hotel and checked in. I did some skype, watched a movie and tried to get some rest. Sleeping was still not really working but resting is good also. The next day we had to go by car to our next gig, Café Up!