This day I had no plans really, but as always I could not just rest and do nothing, it’s not in my nature. I started off by walking the city for a bit this morning. It’s very special to walk around in Tokyo, everything seems to be more relaxed than other big city’s I have been before. There is no trash on the streets, no cars using there claxon to express their frustrations. 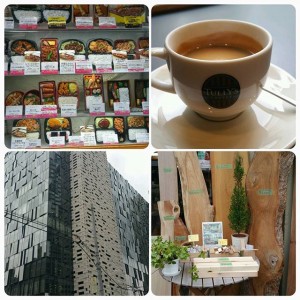 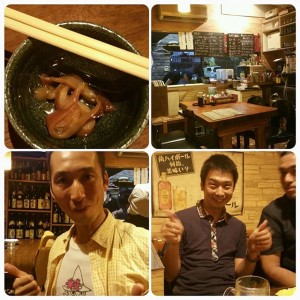 After some wondering around I went to a coffee bar to get my daily caffeine. Again jazz music surrounded me there. I think a big factor in why jazz is popular in Japan is that anywhere you go you will hear the sounds off jazz around you.

I got back to the hotel and did some social media stuff and relaxed for a bit. Around 15:00 I was going to meet my friend Kazuhiro, the drummer that gave me a great present at the gig in Tagen. He was going to hook up with me so I waited in the hotel lobby for him to arrive. When he arrived together with a friend of him, also a drummer Shoichiro Aso and we ended up not far from my hotel to get some drinks and food. This is normal in Japan, there are no bars like we have in Holland where you just drink. In Japan it’s mostly places where you both drink and eat.  I was also going to meet my friend and a great guitar player Naoto Suzuki. We played together last year. When Naoto arrived at the bar we decided to go to a club, Pit Inn where we both played on my last tour in Japan. It’s a great place and because we both already played there we got in for free. Also, they have special prices for musicians so whiskey for only 100 yen and beer for 150 yen, cheap prices. 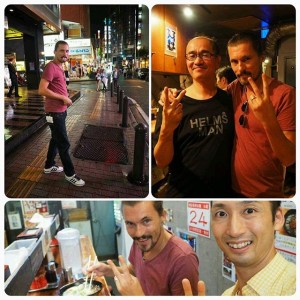 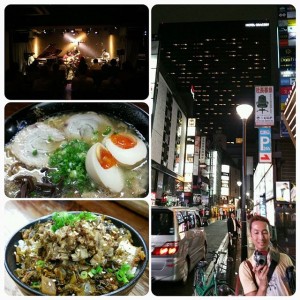 It’s so cool to see what kind of people go to this club, very mixed, young and old. There was a big name in jazz playing there, a guitar player so we stayed at the club for both sets. After the show we talked for a bit with some of the members of the band, very friendly guys. Both Naoto and the friend of Kazuhiro had to get the last train, so we said our goodbye’s . Kazuhiro and I went into the center of Tokyo because we both were in need of some good ramen. This part of Tokyo I did not see on my trip last year. Loads of places to go out, colourful people around us. We found a good ramen place after walking around and after our meal it was time to go back to the hotel, I had to be fresh for the upcoming 2 days of recording. Kazuhiro also stayed in a hotel in Tokyo, not that far from mine. Sleeping was still not happening for me but I rested and that’s also a good thing. The big day, to get in studio was there soon, the whole purpose of this trip and I was feeling exited.