I woke up early to pack my stuff and meet Mr Saito who let me stay in his guest apartment. We were going to have a long drive up to the north of Japan that day. Around 10 I walked to the other tower where my host his apartment was and took the elevator to floor 45.

The apartment of Mr Saito had an amazing view, it was a clear day so I took a good look over this stone jungle. After having a coffee Mr Saito and his daughter Tamaki invited me to have a breakfast with them at a nearby restaurant. I was going to meet Satoshi around 12:00 so I had to bring both my suitcases with me to the restaurant. Mr Saito insisted to take one of my bags, he is 80 year old so I tried to talk him out of it. He said, no it’s good for me, good exercise and so he did. First we made a brief stop at the English school that Tamaki was running together with her husband and I talked for a bit with him. After leaving my bags at the school we went to an Italian restaurant where again the food was super. 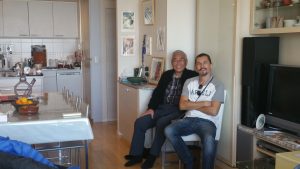 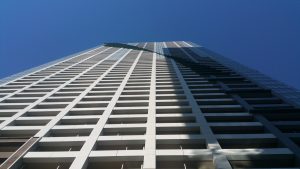 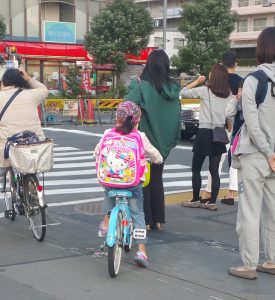 [/gdlr_column]
[gdlr_column size=”2/3″]After this meal I said my goodbyes to Mr Saito and Tamaki I went for a little walk around the area. This part of Tokyo is really more of a place for people to live and there were many kids around. I went to this little playing field where you could just sit and enjoy the surroundings. There was some kind of school class with little kids playing there, all wearing the same red hats. After a text from Satoshi that he was in the area I went back to the school to pick up my bags. I met Satoshi and after some changing of stuff in the car we went on our way to Chiba, to pick up Yuichiro at his house. At Yuichiro his I dropped my suitcase with close and just took some stuff out I needed for the coming 2 days. After Ups we were going even more up north to play at a radio station. After this we met up with the rest of the band and started our journey to Ups, the views were amazing and the weather was great.[/gdlr_column]
[/gdlr_row]

Arriving at Ups we set up the instruments and had a small diner. It’s a lovely club with a wonderful owner, a strong minded lady. The club changed a bit since the last time I was there, so the famous wall of fame was not there anymore, everything was freshly painted. After a good concert we stayed for a bit and had some very nice red wines and whiskey, all Japanese. Only me and Satoshi were going to stay in a hotel that night, the rest of the band would sleep in the club. The hotel was not that far from the club so satoshi and I walked to the hotel and checked in. The next morning we had to drive more up to Kitakata FM radio station. 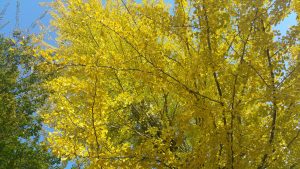 [/gdlr_column]
[gdlr_column size=”2/3″]The next morning after meeting up with the rest of the band we first made a stop for a typical Japanese style breakfast, man these guys can eat! After this meal and some smoking and walking around we started this trip.

The more we went up north the more beautiful the scenery became. Big hills and mountains with all kind of colours of trees. Because autumn started everything was already changing, creating an amazing spectrum of colours around us. Big mountains were emerging on the horizon, some even had snow on them. After some time we stopped for dinner at a highway restaurant. This is something I don’t see in Holland. It was super big and had so many different food styles, it was more like a big shopping mall but then with food.[/gdlr_column]
[/gdlr_row] 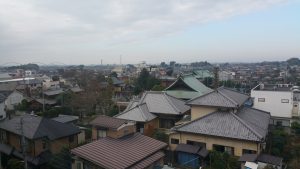 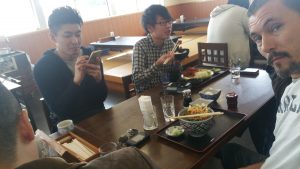 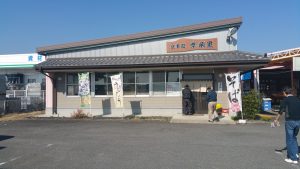 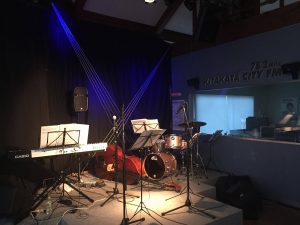 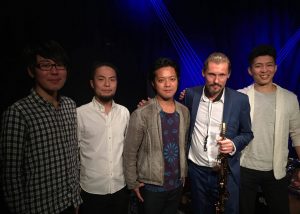 We arrived in time at Kitakata and got a warm welcome from the crew there. They were even playing the album the moment I got inside the radio station. After setting up we did a sound check and relaxed for a bit. We had plenty of time so I walked the city for a bit together with Shunichi. It was more like a village with normal houses with gardens and lots of space. Back at the station everything was ready for the show, people were already coming in and we got ready to play. The setting was very nice, great light work and good sound. After the show we spent some time signing the album people were buying and I did a short interview for a local newspaper.

After packing up we said goodbye and me Satoshi and Yuichiro went with the car looking for the famous Kitakata Ramen shop, we found it. After this dinner we started the journey back to Chiba, about 4 hours driving. After some time in the car we stopped for a while to look at the stars, there were so many. After dropping Yuichiro at his home Satoshi and I went back to the hotel to get some sleep. For me it was not sleeping time yet. I went out and got some great seafood at a restaurant close to my hotel. After this late night dinner I went back to the hotel. 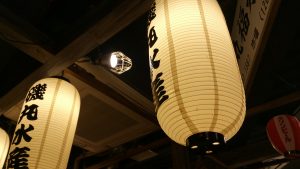 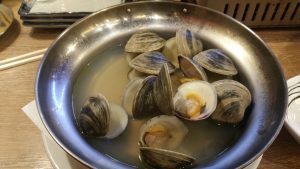 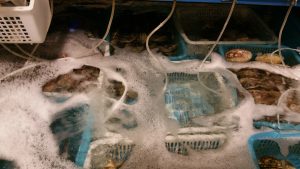 This day we had a daytime show at a club called Clipper. Satoshi and I went with the car to this place and after setting up and sound check we waited for the starting time.

It was very busy, full house and also there were small kids that came with their parents to see the show. In general the people that go to jazz concerts in Japan are very mixed in age. I feel this is very different in Europe and it’s good to see that there is a lot of interest for jazz in Japan. The interest in melody is high and people are less focused on lyrics. 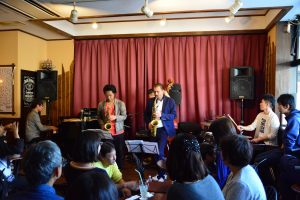 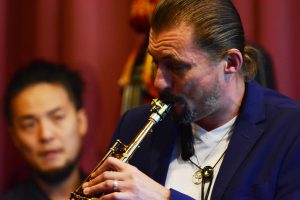 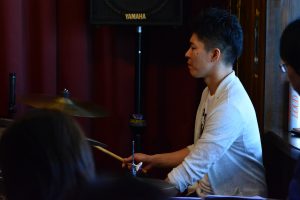 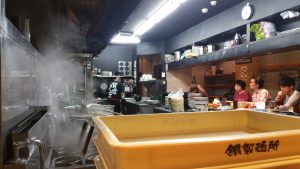 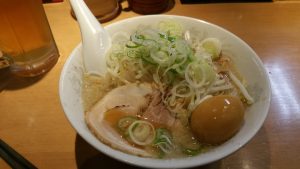 After the show I went back to the hotel and rested for a while. In the evening Satoshi and I went out to get some good ramen, we are both addicted to this type of ‘ fast’ food. The next day we were going to have a long drive ahead of us all the way to the city where Satoshi lives, Nagoya so we went to bed early. Satoshi first had to go to Yuichiro’s house to drop his car there and change to a bigger one that Yuichiro borrowed from his brother. We were going to travel with the whole band in this car, together with a double bass.